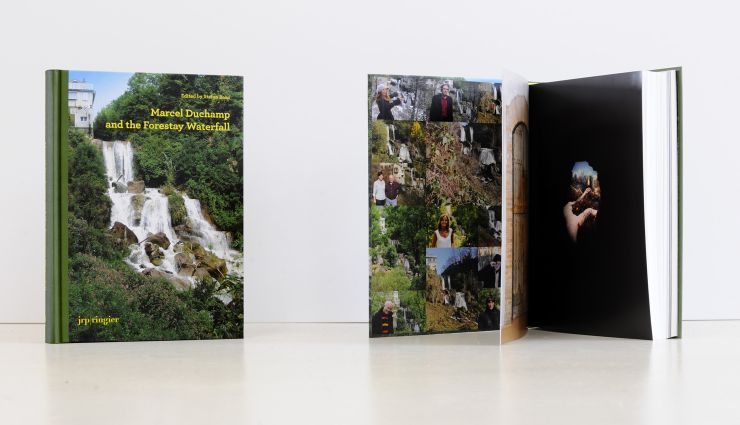 In summer 1946, Marcel Duchamp spent five weeks in Switzerland, including five days at the hotel Bellevue (today, Le Baron Tavernier) near Chexbres, on Lake Geneva. There he discovered The Forestay waterfall. No research was ever done as to why the artist chose this waterfall and not another to become the starting point for and ultimately the landscape of his famous final masterpiece, Étant donnés: 1° la chute d’eau, 2° le gaz d’éclairage…. A multidisciplinary event in Cully, on Lake Geneva, near The Forestay waterfall, attempted to provide answers to this and many other questions about Duchamp’s work.

purchase publication hello@akmd.ch
Luc Debraine preview on the discovery, the symposium, and the book: Le Temps, March 15, 2008 (in French)